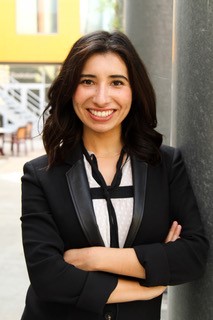 I am a Mexican-American Woman and this is why I'm fighting for equality for all.

“Why?”  When a lawyer uses this word, it’s often accusatory. It also can be judgmental. But when I use this term in conversation, I mean it in the simplest form. It is a portal to discover and learn so much more about someone. I don’t try to preconceive the answer; I just listen. The more insights and perspectives, the better. That is why I’ve always loved books and movies that take me to a different place. Yet the stories are the same. Family, work, loved ones. It’s all about the experience of being a person in this world. That is the universal thread that connects us. And as Martin Luther King so eloquently stated, we want to be judged by the content of our character, not by the color of our skin.

I grew up in Chula Vista, California. It’s one of the most southern cities in the San Diego area, a hop, skip, and a jump away from Mexico. When I was a child, I would cross the border almost every day during summer. I didn’t feel any different from my friends in Mexico. We played the same games and I even felt a little jealous because they had better candy than what was available in San Diego. Nor did I feel any discrimination in this wonderful enclave I called home. In Chula Vista, it is common to see rainbow assortment of what it looks to be Mexican-American. Some are bookworms, artists, doctors, accountants, soccer jocks, etc. Being Mexican is a part of our identity, but not the sole characteristic.

That changed when I left San Diego to attend Boston University. Many of my class-mates were surprised that I was Mexican-American. You don’t “look” Mexican, some would explain. In their minds, I didn’t act it either. I was articulate, smart, and enrolled in a major university. My identity didn’t fit the image they had, but that didn’t mean they were prejudiced. Like me, they wanted to embrace other people and other cultures. The conversation can be awkward, but completely necessary to have. One friend – who truly is good-hearted – was reluctant to even refer to me as “Mexican,” as that term was viewed as derogatory where he was raised. “Why?” I asked. Why would it be an insult to call someone Mexican but not an insult to call someone Canadian?

I’m now practicing law in the broader San Diego area. Because of our local Marine base (Camp Pendleton), I continue to meet people from many different geographic areas, including the Middle. That’s my term for the vast expanse in the middle of our country that so many Californians simply do not know. When talk turns to controversy, I prod for deeper analysis by genuinely asking “Why?” I’ve listened to stories of soldiers from once-bustling farm towns who sadly relate how their family no longer can pay their mortgage. Who can’t empathize with that? I’ve also seen soldiers ditch stereotypes in the same manner as my classmates at Boston University. Once you get to really know someone, you see their humanity. Stereotypes crumble. Why? Because deep down, we may all be different, but we are all very much the same. Maybe we just need to get to know each other. Why not?