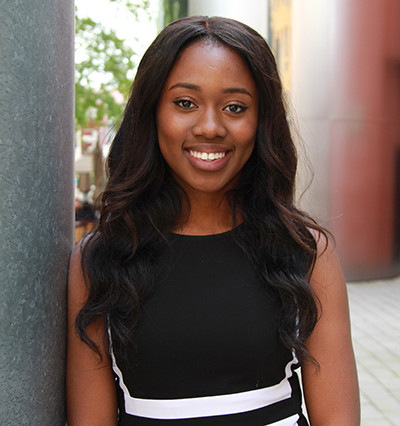 I am a First-Generation Nigerian-American and this is why I’m fighting for equality for all.

Uwaoma, dad. Onya, mom. That is how I greet my parents. It’s a daily reminder of our heritage. Just like the jollof rice that’s a staple at our dinner table. My parents taught me never to forget where you came from and I never have. Though, like many other kids, we enjoyed our McDonald’s on Fridays and pizza whenever we could. I still remember sitting in my dad’s car listening to Bob Marley’s classic, “Buffalo Soldier,” while waiting for our pizza orders.

Growing up, I thought we epitomized the American dream. My father emigrated here from Nigeria with a plan for a better life through higher education. After he graduated from the University of Nebraska, he quickly moved to California, and brought my mother over to the United States. Together they taught us to trust in God, study hard, and dropped not so subtle hints regarding our expected career choice: doctor, lawyer, or engineer (in a prominent field, no less). We were no different than the many waves of immigrants – Irish, Polish, Jewish - who found their way to Ellis Island years earlier. Yet Nigerian-Americans share a common bond with another group of Americans whose transport to our country was not voluntary. Like my fellow African-Americans, the color of my skin is black.

Newport Beach, 2012. I was a pre-law student at UC Irvine. I had slipped away to the local Cold Stone Creamery to indulge in one of my favorite treats: cake batter confetti. I was minding my own business enjoying my ice cream when, out of the corner of my eye, I noticed a pair of children pointing to me and snickering. They were standing next to their father and must have been about eight or nine. Then I heard the words. “Look at that n*****.” At first, I wasn’t sure I heard them right. I had never been called that name before (at least not to my face). Then they said it again. And their father said nothing. I froze. Should I confront the father? Or call out the kids? The moment passed as the man shooed his children into a car and drove away. Yet that moment would never pass for me. As I threw out my ice cream, I felt for the first time just how sickening it is to be jeered simply because of your race.

As I went home, I thought of a million powerful retorts that I wished had popped into my head in a more timely fashion. I also thought of the millions of other African-Americans that have suffered way worse. The same holds true for countless other minorities who’ve been slurred or beaten. It was then that it all came together. I knew we all had to unite even if our struggles were different.

As Maya Angelou once said: “Prejudice is a burden that confuses the past, threatens the future and renders the present inaccessible.”  We must be steadfast in our fight to overcome.