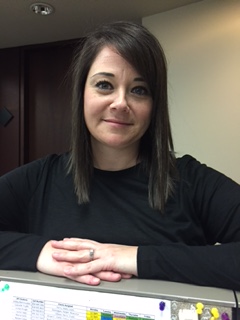 I am a Mother of a Transgendered Child and this is why I'm fighting for equality for all.

“Mama. Can’t you just call me your daughter?” Those were the words I heard from my five-year old child, who was born a biological boy. Jane communicated to me early on that her gender was female. Unlike her older brother, she chose dolls and teacups over Tonka toys and guns. She hated dressing as a boy. Instead, she would dress up in my high-heels, play with my make-up, and turn a t-shirt into a makeshift long-haired wig. When she started explaining to me she was a girl and asking to change her name to correspond to her gender, I faced a choice. I could stand with my daughter or I could stand against her. In other words, I could shame her – like so many in society would do – or I could love her for who she is.

For me, the choice was easy. She’s my daughter. Having been raised in a traditional Mexican-American Roman-Catholic family, I had no real exposure to transgendered individuals prior to realizing that I might be the mother of one. I get that it’s hard to really understand what it means to be transgendered until it touches your life. But when it does, the learning curve is quick. Gender and sexuality are two entirely different concepts. My daughter isn’t old enough yet to have a discussion on her sexuality. She does however, solely have crushes on boys. The only difference between her and other little girls is that she happens to have a penis.

A first step in our journey was going to top professionals, including Dr. Johanna Olsen-Kennedy at Children’s Hospital of Los Angeles and therapist Susan P. Landon, who’s worked with Caitlyn Jenner. Numerous factors are considered prior to making a diagnosis of gender dysphoria. This ensures that children are not simply exploring gender roles. Through this process, I learned the statistics that no parent wants to hear. Close to 50% of transgendered individuals will attempt suicide. The suicide rates substantially drop when transgendered individuals are loved and accepted by their family and peers.

My daughter is now seven. We live a life a lot like yours. There’s homework, household chores, and this Sunday we’ll have our traditional Easter egg hunt. While we’re fine; society is still catching up. When I enrolled Jane in daycare, I was assured she could use the girl’s bathroom. Without telling me, the daycare center switched course and directed otherwise. Ultimately, Jane was caught “sneaking” into the girl’s bathroom after being bullied not to use the boy’s. She had been trying to “hold it” every day and this particular day she couldn’t. When I was told, I was angry on so many levels, including worrying about the medical ramifications. We comforted Jane and immediately switched to another daycare, but tears still well in my eyes when I imagine how she must have felt. A mother wants nothing more than to protect her child, and when she can’t do that, it’s heart-breaking. You can hurt me, but don’t hurt my child. Every mother understands that.

This experience has opened my eyes to prejudice in a manner I never expected. I will have my daughter’s back. I will fight for her and love her for the wonderful person she is and will become. Shells don’t matter; souls do. Let’s respect each other and treat everyone – including the transgendered – with dignity.

EDITOR’S NOTE: “Jane” is a pseudo-name.  If you’re interested in learning more about transgendered individuals, click here for our list of “Other Resources.”  One source worth highlighting is the children’s book “I am Jazz,” by Jessica Herthel, which is about a transgender girl. We’ve also included some recent articles in this week’s "Weekly Roundup."