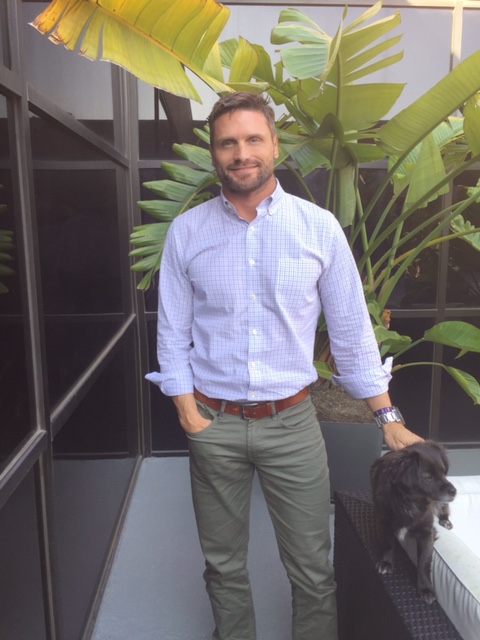 I am a Gay Man and this is why I'm fighting for equality for all.

The Moth and the Flame

Don’t Ask; Don’t Tell. As a cadet at the Air Force Academy, I learned first-hand how devastating it is to have to lie about who you are. While serving in silence, I was promoted to Captain, ultimately working in Los Angeles. I supplemented my income through flight instruction and teaching AP Physics at Crossroads in Santa Monica. Then it happened. At a bar in Hollywood, a television scout asked me if I knew anyone who looked like me. It was an odd question, but I responded that my boyfriend fit the bill. Fast-forward to “The Amazing Race,” Season 4. We became the first openly-gay couple on a prime-time reality show. We traveled the world, broke a few stereotypes, and won a million dollars.

Coming from a trailer park as a kid, I always wanted to be successful but I never wanted to be famous. Nevertheless, the positive media attention provided me a platform to fight for the repeal of the military’s discriminatory policy. I wrote a book called, “Here’s What We’ll Say: Growing Up, Coming out, and the U.S. Air Force Academy” to serve as a dissertation as to how “Don’t Ask, Don’t Tell” actually ruined military morale. I found myself centered in a fight to end a horribly discriminatory policy, and also centered in the attention of pop culture. This experience – like every experience in our lives -- taught me a valuable lesson. The moth and the flame.

Whether it be Hollywood or your average high school, it’s easy to over-focus your life around the attention that goes along with being in the spotlight. On May 12, 2012, when I was living in New York and fielding TV offers that I realized were never going to make me happy, I came up with a five-year plan to transform my life. I told my agent I was going to quit it all and go to law school. My agent told me that I would never go through with such a thing. Within a week, I enrolled in a LSAT course, found an apartment in Los Angeles, and hired a moving van. I was scared, but I knew I had to make big changes and follow bigger dreams than pursuing a career that bases success on attention gained – the mindset of my high school days.

When I began Loyola Law School’s evening program, it suddenly felt like there was a warm comforting blanket of anonymity wrapped around me. The din of celebrity was gone. I could just be myself. I could gaze back at where I was and see how negatively those Hollywood situations and people impacted me. I’ve made friends who I know will be with me for life. Through law school, I worked myself crazy by day and developed my company, which helps those with lower-incomes, new or tough credit situations, and those from foreign nations find housing of all types and benefit from unprecedented consideration from prospective landlords. I now have 11 employees and over 600,000 clients nationwide.

Some of you may be called to that flame. I am enormously grateful to have played a part in the repeal of “Don’t Ask, Don’t Tell,” but the rest of the attention from the spotlight never fulfilled me like my own accomplishments have, which have led me to meet real people in real situations, and make real friends. We need to see faces and hear stories to understand oppression. If you are called, you should answer. But goodness is not measured by your celebrity. Goodness is measured by who you are as a human being.

I graduated a semester early from Loyola with (I can’t believe it) my degree of Juris Doctor and sat for the California state bar in February. And then it happened. I learned the date the results would be released: May 12, 2017. Five years to the very day from that moment of epiphany in Manhattan. My heart pounded as I logged onto the California State Bar website at exactly 6.p.m., along with so many other applicants doing the same. It’s a moment every lawyer remembers. Thankfully, I passed.

As I move on from my five-year plan, I look forward to helping all those in need, not just those in the LGBTQ community. We need to care, look into each other’s eyes, and share. Maybe it’s a fellow student. Or a favorite waitress at a local café. Or someone who’s your polar opposite but who carries that core belief of equality for all. We can make a difference everyday by simply letting others who are different than us know that we cherish their existence.

Editor’s Note: We’ve added Reichen’s fantastic book, “Here's What We'll Say: Growing Up, Coming Out, and the U.S. Air Force Academy,” to our “Other Resources” page. The company Reichen founded is LeaseLock and his offices are head-quartered in Marina Del Rey.

Reichen asked that we give a shout-out to “Amazon-Smile,” which donates 0.5% of the purchase price of eligible items to your choice of charities. We’ve also included a link for that on our “Other Resources” page.