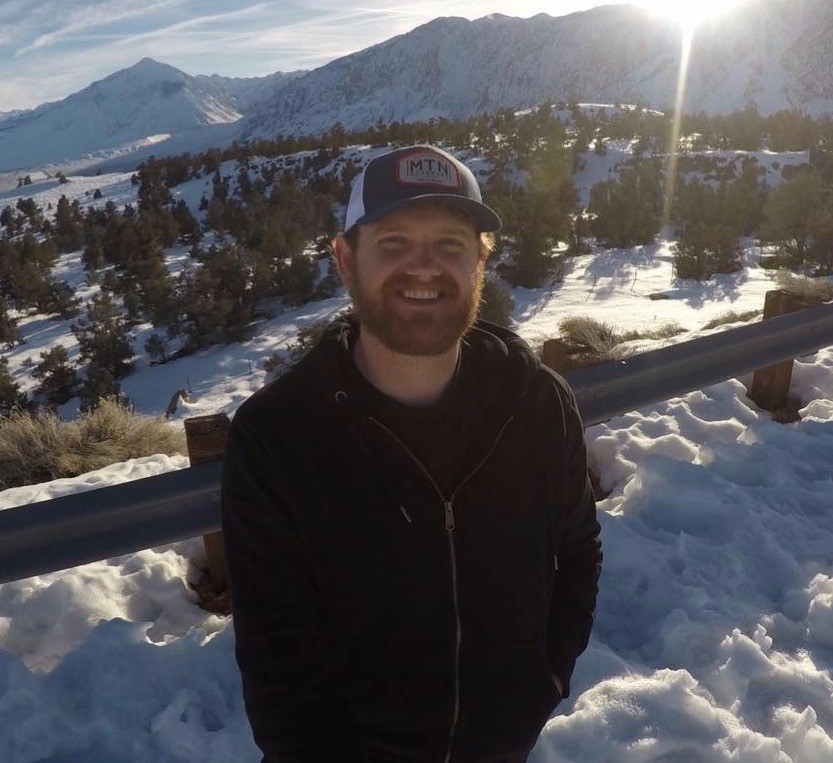 This Land was Made for You and Me

August, 2015, Owens Valley. A grad student in psychology drives past the corpse of Owens Lake, once a vibrant source of water for migratory birds and local farmers. Then water-rights deals struck over a hundred years ago robbed the valley of the lake’s very existence. Once considered a “Little Switzerland,” the lake basin slowly evaporated over time into little more than dust and dirt. Death by a thousand cuts. It wasn’t a series of natural disasters that destroyed this beautiful place. Rather, Owens Lake was drained and diverted to provide water for Los Angeles – a megapolis that chose to channelize its rivers and send the vast majority of its own rainwater on a highway straight to the ocean.

As the graduate student looked out towards a long desert sunset, he changed course. Not from Highway 395, the great mountain corridor of California, of course, but from his previous career. In that moment, he committed to fighting for our environment through one of the means that matters most: the law.

That grad student was me. Like others, an epiphany beckoned me to law school. That calling was later confirmed when I received my acceptance email to Loyola during another moment marked by nature: a perfect powder day at Mammoth Mountain.

It is the law – either through legislative or judicial means – that prevents or promotes injustices, such as those visited upon the land and people of Owens Valley. For example, private ownership once threatened to claim all of the beaches in California. The only reason the public has the expansive access rights it does is because of legal challenges, legislation, and regulations drafted by the Coastal Commission. True shoreline land – where the ocean tides -- is held by California in a public trust. Similarly, numerous public beaches and low-cost campgrounds dot our coastline to ensure access for all, regardless of wealth or privilege. Other laws protect our national parks. Yet there was recently a proposal to nearly triple entry fees for select parks to $70 per vehicle, or $30 per person if entering on foot. But for a national outcry, that proposal would have rendered a visit cost-prohibitive for many low-income families.

We must ensure that wilderness does not become an exclusive playground for the wealthy, where a family has to pay $70 for the right to look into Yosemite valley. Rather, the ability to access, experience, and learn about nature should be a fundamental right afforded to every child and adult. Time spent in nature is not a luxury – it’s a scientifically proven way of improving mental health and dealing with the stressors of everyday life.

Thus, whether it’s shards of light dancing through a sky-ceiling of 400-year-old redwoods, walking in a field of radiant California poppies, or watching herons swoop through willows along the LA River, spending time with nature changes and soothes you, if you let it.

It can even make you want to improve the world, not only in terms of the environment, but in terms of how we treat each other as human beings. Ensuring access to nature makes clear that we care not only for those born to privilege, but to all people, regardless of economic class.

As immortalized in a Woody Guthrie folk song: “This land is your land; this land is my land. This land was made for you and me.”

To honor those simple words, we need to protect our environment and ensure affordable public access to green spaces. In my first year of law school, I began volunteering with the California Native Plant Society, learning more about local ecologies and the actions that threaten them.

Then, for my 1L summer, I interned at the South Coast Air Quality Management District (SCAQMD), a California state agency that regulates pollution in the second most populated area in the United States. SCAQMD’s work benefits all of the South Coast Air Basin’s constituents, with a particular emphasis on protecting communities near industrial areas from dangerous pollutants and chemicals.

Now I’m a co-vice president with Loyola’s outstanding Environmental Law Society, and whenever I can, I advocate against cities’ pushing urban boundaries into our rapidly-diminishing open spaces. This kind of encroachment is unstainable, damaging communities and ecosystems alike. And as we’ve seen this summer with the Carr, Ferguson, Mendocino, Holy, and Cranston fires, it’s become all too dangerous to build new developments closer to our wild areas. Consider last year’s Thomas Fire – until recently the largest fire in recorded California history. My relatives, along with countless others, lost their homes in that fire, which burned from Santa Paula all the way to the Pacific Ocean, riding a line of hills and mountains as far as it could go. Another catastrophe, the Tubbs Fire in Santa Rosa, took the lives of 22 people and burned nearly 37,000 acres. Like similar incidents, this fire happened in a so-called “fire corridor,” where local officials were repeatedly warned by outside environmental groups to not allow development because of the massive risk of wildfire. They did so anyways, to the public’s eventual peril.

Better, more sustainable planning can avoid such tragedies in the future, while still providing the increased amount of housing that our state clearly needs. We can legislate to provide more affordable housing in urban areas – through density and local upzoning – which would also cut down on long commutes plaguing workers who can’t afford high housing prices in gentrified areas. This would also reduce stress on the wildland-urban interfaces that are so often the “flashpoints” for local wildfires.

The lesson here? Nature is a Great Equalizer, and every human being is as special and deserving of her lessons as the next. That is why I fight not just to save our environment, but to share our environment, because access to nature cannot be something parceled out unequally at birth. This means fighting for local parks, green spaces, and increased access to our mountains. All of these places, from the granite domes of Yosemite to quaking cottonwood trees in the local Sepulveda Basin Wildlife Reserve, provide both a sense of awe and a shot at something serene.

Moments in nature improve our mental health, encourage our physical fitness, and help make each day go by a little bit easier. Local efforts, like the nascent L.A. River Project, can bring these unique benefits to people of all races, inclinations, and incomes. If we protect the environment for everyone – especially those who live in neglected or impoverished communities – we can bring positive, powerful change to people and ecologies alike.

Editor’s Note: EQ4ALL could not be more proud of Joey. He recently testified at a hearing conducted by the LA County Planning Commission regarding the Tejon Ranch Centennial Project, which would build a new city of over 60,000 people in the middle of grassland savanna open space. Joey spoke out against the project. Arguing that the development will pose an unacceptable fire risk, cause severe ecological harm, and threaten LA Count’s sustainable polices going forward.  Watch the video below:

Joey also would like to pass along the following links for organizations and institutions that are helping to protect our environment and ensure access for all.