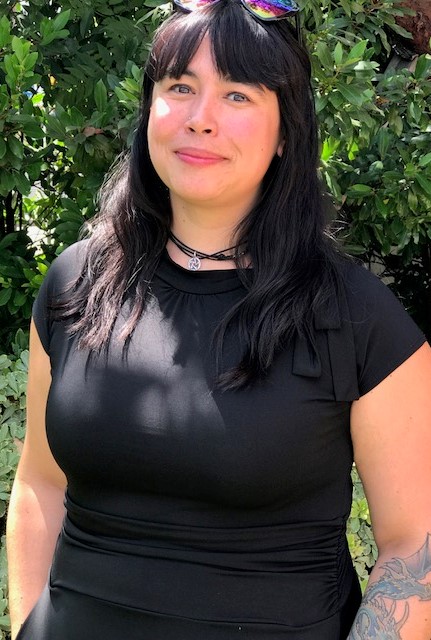 I am an Asian-American and this is why I’m fighting for equality for all.

Talk and Listen: Fighting America’s Deep-Seated Racism One Conversation at a Time

Most people who know me would describe me as outgoing. In fact, my job requires interacting with many people on a daily basis. However, unbeknownst to most, I’m an introvert. I’m so introverted that on a scale of 1 (most introverted) to 100 (complete extrovert), I rank as a 5. For me, too much interaction leaves me drained, and I retreat mentally and physically to recover.

Earlier this year, I was the target of racist, hateful speech as I drove home from a doctor’s appointment. Two white women in the car in front of me kept waving their arms and gesturing angrily. When I rolled down my window to see what the issue was (maybe my driving somehow offended them), I was greeted with, “You f****** Mexican”, “This isn’t your country.” And “Go back home, you f****** c***.” They then proceeded to almost run me off the road.

As half-Filipino, I’ve had other hate-filled experiences because of my looks, but nothing quite this bold. Initially, I kept the experience to myself (introvert, remember?), but I eventually felt it necessary to share with others. I wanted my friends to see racism and hatred are not abstract concepts. It happens in our own neighborhoods and has been happening for quite some time.

Fast-forward to Charlottesville. I read articles and saw pictures of the white nationalists carrying Tiki-torches spewing hate and ultimately claiming the life of Heather Heyer. I felt helpless. I wanted to do something, but I didn’t know what. Then a friend posted on Facebook that “Neo-Nazis” were planning a rally in Laguna. With a little research, I saw the group’s stated policies included support for “build[ing] the wall” and ending sanctuary cities. While on the surface, the information was labeled as “immigration reform,” I’ve seen how such rhetoric has (and does) rip innocent families and individuals apart, all in the name of “justice.”

With that in mind, I knew I needed to go. I made my sign for the counter-protest. One side had a Bible verse – Leviticus 19:34 “The foreigner residing among you must be treated as your native-born. Love them as yourself, for you were foreigners in Egypt.” The other side, in rainbow colors, simply said, “LOVE”.

The day of the counter-rally, nothing went as I originally planned or imagined.

My fiancé, Anthony, and I arrived early and wandered down to Main Beach where the demonstration was being held. Cameras were already out. Interviews with the media were taking place. Initially, we stood under some trees, out of the way, observing. When the anti-immigration rhetoric began, I pulled my sign out of my backpack and just stood there. That was all I could muster in that moment, but I wanted to do more. I just wasn’t sure what or how.

Soon, a handful of participants approached with their cellphones out, recording us. They demanded to know why we thought they were Neo-Nazis. We calmly pointed to a few men tatted with swastika and SS tattoos, right in the middle of their demonstration. To our surprise, these self-identified conservatives quickly and unequivocally disavowed these men. They explained they routinely held these “vigils” – a very important word choice for them – and even had previously called the police on the Neo-Nazis to make clear they weren’t welcome.

The cell phones were put away and we continued talking. They asked us why were there. We asked them why they were there. Over the three hours we were on the beach, it felt like everything under the sun was discussed – immigration (and we were definitely not in agreement on that topic), big banks, the recent election, and the violence in Charlottesville.

A reporter joined our little discussion group and pointed out I wasn’t alone in carrying a “LOVE” sign. A woman on the conservative side was holding a sign that had the same word as mine. The only difference was that hers was designed like the American flag. We looked at each other and smiled, not because we agreed with each other’s beliefs but because in that moment, we shared something human.

About an hour later, our fellow counter-protestors arrived and the inevitable shouting began. Police divided the two groups using the boardwalk, but we were allowed to stay and continue rationally exploring our differences. Could listening to each other be part of the path to heal this divided nation and truly make America great again?

Listening is not condoning.

In fact, one conservative frankly admitted she didn’t support a border wall. Some openly regretted voting for Trump. Another explained it was like “kicking a hornet’s nest.”  Racism in America was so systemic and deep-rooted that electing Trump served a purpose. It forced a long-overdue national conversation about racism. I found myself agreeing it forced said conversation. And I felt like a traitor.

As someone classified as a person of color; as someone who has friends and family who have experienced direct and indirect acts of hatred because of their race, gender, or religion; as a bi-sexual woman who has been told by conservatives (and liberals) that I am a mistake, it felt like I was betraying myself and my friends by talking with these…fellow humans. And that bothered me. I struggled. I still struggle, because my experience on the beach was a mirror where all my implicit biases became clear. I wondered how many constructive conversations I’ve shut down just because I couldn’t put my prejudice aside long enough to find common ground.

Going back to that introvert part. Those conversations drained me, both physically, emotionally. It was even more disheartening when fellow counter-protestors and allies started hating on us for being photographed with “the enemy.” “Either both go home or fight each other with tasers,” one said. That really bothered me at first because the commenter hadn’t been there. They hadn’t met these people, let alone, conversed. Nor had they seen that minds were changed.

I wouldn’t change what I did. Let the haters hate. When everything is stripped away, we all are human beings. If we want to effect change, we need to learn to reach across the various barriers that divide us, whether self-imposed (like using my introversion as an excuse) or created by society (“us” vs “them”). Don’t let hate win. Rise above. As one counter-protester’s sign said, “Hate never made us great.” That is why I’m fighting for equality for all.

Corinne St. Claire is a Loyola MLS student who also works in our IT Department. Corinne, along with Gabe Estrada, have been integral to #EQ4ALL#LLS from the start, including going above and beyond to get our site up-and-running by our launch date of April 4, 2017. We could not be more proud of Corinne. It has been a pleasure to listen to and share both her story and her unwavering commitment to LOVE.

A picture of the twin LOVE signs referenced above was posted by Tomoya Shimura, a reporter from the Orange County Registrar. For full coverage of the event by the OC Register, click here. CBS News coverage quoted Anthony Bruneio, Corinne’s fiancé.