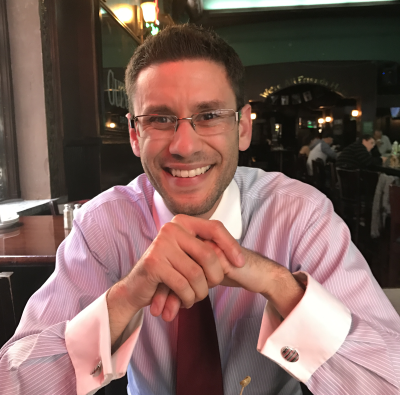 I am Straight Outta Gotham and this is why I'm fighting for equality for all.

Here’s a question: how many of you have ever, in your most wild childhood fantasy, dreamed about being the Caped Crusader, Batman? Anyone? Please, don’t all raise your hands at once. Well, I did, and I don’t know why you wouldn’t. On the surface, he’s billionaire playboy Bruce Wayne; CEO of Wayne Enterprises and Gotham’s most eligible bachelor. Yet in a moment’s notice, he’s the Dark Knight, a watchful guardian whose Bat Signal illuminates the sky. He even gets to wear a cape to work. What is fascinating about the Batman mythos is how irreconcilably different Bruce Wayne and Batman are from each other. Without lifting the mask, one would never dream two people so radically different could in fact be one. It is the mediation of this conflict that is heroic, and we all do it. Everyday. We do our best to be who we are while simultaneously striving to become who we want to be. The conflict gets messy but nothing worth having ever comes easy. This is what Batman symbolizes for me: someone who like all of us, is a work in progress, who on occasion gets to be a hero.

We all have the capacity to be a superhero, albeit in our own relatively anonymous way. We may not participate in every march or email our congressperson six times a day, but we can be open to more subtle forms of upholding our civic duties. We can let ourselves naturally react when we recognize others in need. For me, that moment came when the travel ban was imposed. I felt an immediate visceral reaction. I wanted to rush to LAX – like Batman may have done -- and rescue those being detained. But I knew that even as a first-year attorney, I didn’t know enough about immigration law to really offer any meaningful assistance. Instead, I did a symbolic act. I posted my support on Facebook. That might not seem that big of a deal but it was for me. I hardly ever post on Facebook! My last status update was when Kobe Bryant dropped sixty points in his final game wearing the purple and gold. The travel ban was seismic to me and I wanted to tell the world I cared. It may have been a drop in the bucket, but it was my drop in the bucket. And it collectively made a difference. Muslim-Americans knew we had their back.

Prior to going to law school, my passion lied in screenwriting. I naturally empathize with anyone whose story I understand. I also naturally want to understand everyone’s story. We are at our best when we listen to each other and let our ideas collide to bring about a universal truth. There are deep and painful divisions in America right now, but we can and will come together if we just let ourselves step into each other’s shoes. Selflessly protect those who need protection. That’s what Batman would do. And that’s what we all can do, in whatever way and capacity we can.