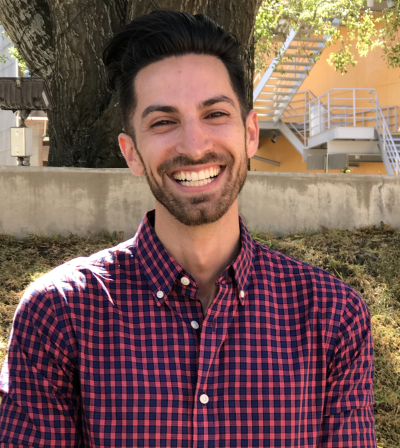 I am an Iranian-American and this is why I'm fighting for equality for all.

In the wake of the Iran Hostage Crisis, President Carter issued an executive order requiring federal agents to compile dossiers on 50,000 Iranian students. Essentially, that meant all Iranian students in residence had to introduce themselves to the immigration office. My father contacted the ACLU and a famous lawyer – David Carliner – filed a lawsuit on my father’s behalf. My father was interviewed by numerous national media outlets and ultimately would host his own radio program. Yet my father didn’t just fight for Iranians. He stood shoulder-to-shoulder with other minorities, including attending the People’s Anti-War Mobilization (Pam) March in 1981, which was a platform for numerous causes, including ending both racism and oppression against gays and lesbians.

My father’s empathy inspired me.  In high school, I started an inclusive student organization called Teenagers Against Drug Abuse (TADA). I wanted to bring more awareness about the consequences of excessive drug abuse. The impetus was that drugs had led to the death of a dear friend. This fueled senseless fights and even gun violence, ultimately culminating in the arrests of two other friends and former bandmates.  At UCLA, I continued to spear-head efforts to help others. I reached out to a Christian fraternity to make food every Tuesday night at the Barrington Church in Santa Monica. We also distributed food at the Third Street Promenade and passed out beanies, mittens and scarves in winter to help those in need stay warm.

I became more proactive in the Iranian community following the announcement of President Trump’s travel ban. When I was twelve, I visited Iran to see my grandparents, mostly so my grandfather could teach me about our culture and our family. He was a soldier, a mayor, and a modestly successful businessman, who still always would sacrifice his own money to help others. As my mom and I said our goodbyes, my grandfather began to cry -- it was the first time I had seen him break down like that. Neither he nor my parents could bear to tell me, but he was terminally ill. I only learned of that months after his death, after I kept asking why he wasn't returning my calls. When I spoke to my grandmother about the travel ban, my heart sank in realization that I might never see her again.  As a law student, co-president of the Iranian Law Students Association, and an Iranian-American, I feel I have a responsibility to assist and bring more awareness to this issue. And just like my father, I’m not stopping there. I’ll stand with others who face oppression. I may have some very big shoes to fill but I am honored to do so in the path forged by my father.