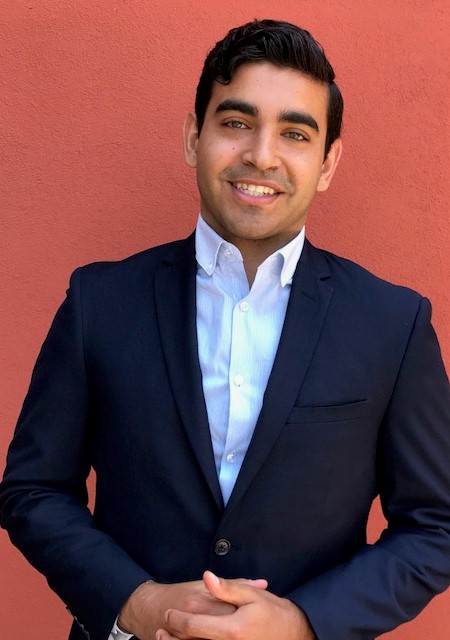 I am a Cuban-Armenian Man and this is why I’m fighting for equality for all.

Equality and Equity: Fighting for the Kid who Needs the Extra Box

Do everything “jeegerov.” That’s an Armenian phrase my father taught me. Literally translated, it means “with your liver,” your very core. Be passionate about everything you do. Both my parents embodied this mentality. They came with nothing to the United States and they realized the American Dream. To them it meant financially securing themselves, their family’s future, and helping their communities achieve the same. My father grew up without electricity and left his tiny Armenian village in Lebanon to seek opportunity. My mother was a Cuban refugee of Castro’s revolution whose family escaped to Miami with only what they could carry. They met in San Francisco. My father very quickly developed a successful real estate career. My mother became a dentist and opened her own private practice. They toiled away to become successful and then applied that same passion to share their success with others.

My mother sold her practice and worked for community health clinics to bring access to dental care to the poorer neighborhoods. My father was tapped to be a principal for a K-8 Armenian school in Altadena, and later the Executive Director of an international Armenian non-profit that supports schools, churches, and orphanages.  They taught me that the American Dream is not just about achieving success; it’s about helping others do the same.

Because of their efforts, I was given every opportunity when growing up. I had access to great schools, great neighborhoods, and every extracurricular that might help me get ahead. The doors of success were opened for me. All I had to do was walk through. Sure, I have worked hard, been disciplined, and stayed focus, but success is mine to lose. I never had to pass on an opportunity because of finances or misfortunes. My parents were my safety net.

Not everyone is so fortunate, chance still dictates too much of our socio-economic mobility. The color of our skin, gender, sexual orientation, the parents we are born to, are all out of our control. Statistically, the odds are in my favor to be financially successful. Right now, the primary factor in determining a child’s success is the wealth of their parents. This is not fair, but we have the power to change that.

One of my favorite images is that of three children of varying heights trying to peak over a fence to watch a baseball game. Only the tallest can see. If each child is given a wooden box to stand atop, the tallest child towers over the fence. The middle child has to strain for a view and the smallest child sees nothing. While equality has been achieved – in that all three were given the same-sized box – equity is lacking.  If instead the boxes are reapportioned and the smallest child is given the box unneeded by the tallest child, all three can see, there is equity. That’s why I got into law. I want to fight for the kid who needs the extra box. Life shouldn’t be “pay to win”. Success and mobility should be proportional to effort. Average effort should bring an average, comfortable, middle-class life.

My parents gave me everything, and brought opportunity to so many others. Now it’s my turn to pay it forward and serve. I will do it “jeegerov,” reinvigorated by Loyola’s passionate professors and students. That’s how I plan to begin my legal career as a JAG officer for the Air National Guard. I have always wanted to serve, and I plan to use my training and my experience to work with government and help shape policy to bring better access to education, voting, and more livable wages.

Editor’s Note:  For a link to an article discussing the “equality versus equity” images discussed by Ari, click here. At Ari’s recommendation, we’ve added the book “The Tipping Point: How Little Things Can Make a Big Difference” by Malcolm Gladwell to our Other Resources page. We’ve also added links for more information on the need for Net Neutrality.