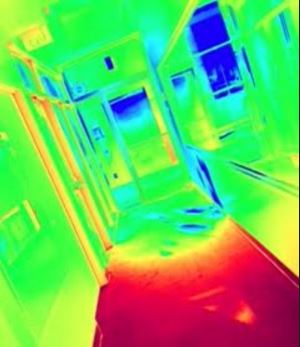 I am an Anonymous Woman and this is why I'm fighting for equality for all.

A female attorney is sexually harassed at work. Other hurdles are placed in her path. No travel time with the male boss to develop business. "People will think we’re sleeping together," is the explanation. Yet it's just fine to direct the associate to converse with a client that finds her attractive. After a particularly egregious act by a partner, she confides in another partner. The discussion doesn’t focus on a remedy, but instead on whom else the associate has told. She is informed she's going to be made a partner in the same class as a male attorney with less tenure who has contributed far less. That is my story. But it's not just my story. As a mentor explained, in one form or another it is the story of many female attorneys. Silent acceptance of discrimination. It's how a woman gets ahead.

Being offered partnership required me to make a hard choice. I could be a female partner in a man's world. But that elusive “come join us” card carried with it a tacit agreement to maintain the status quo. If I became one of them, that lessoned the chance they ever would change. The cycle would continue. And I would continue to nurse that hidden hurt we all feel when we are forced to acquiesce to prejudice. A smile hides a thousand tears. When we look at each other – even someone familiar to us -- we never really know the pain they may be going through.

It was my time and my place to say no. I already had my exit plan in place. But how many other women do not have that luxury? How many women have to go to work every day and suffer some form of harassment? What is even worse is that women often feel or are told it is their fault. They should have made clear to their abusive boss that his advances were not welcome. This assumes that doing so would force the boss to have an epiphany and realize both the impropriety of his actions and the need to treat the female employee as an equal to her male counterparts. That’s a nice ending, but it’s not exactly reality. Not yet. My hope is that telling my story anonymously will move us toward a resolution. Is this your story as well as mine? Were you the victim? Or maybe the harasser? Did you echo the boss’s sentiments or look the other way? Ultimately, did you find a way to somehow say “Stop”?

Many abusers are blind to their own sexism because they see themselves as loving fathers and even good husbands. Ironically, they would condemn the very conduct they engage in if such conduct was directed at a woman they love. My experience has led me back to a core value that is central to equality for all: treat others as you would wish to be treated yourself if you were only in their place.